We have been given another opportunity to once again rally around Anita Antoinette as she heads to the wildcard round of The Voice season 7.

On November 18,  Carson Daly announced t, Season 7 of NBC’s reality singing sensation is adding a new twist: Every Top 12 contestant eliminated before the finals (fourth- through 12th-place, in other words) will be brought back for a last-chance performance, with viewers advancing their favorite into the last week of the competition as a fourth “Wild Card finalist.” 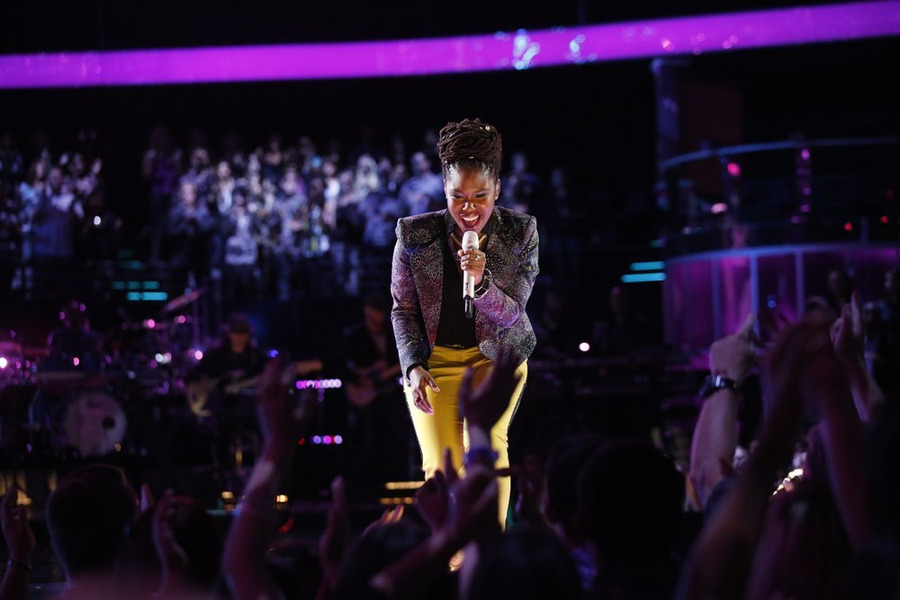 Anita having reached the top 10 in the competition will automatically earn another opportunity to compete for a spot in the finale.

It was rumored that Anita was billed to take the stage alongside Tessanne Chin at the tree lighting ceremony held by the Kingston and St. Andrew Corporation

“Although Anita would love to be a part of this event, she will be in Los Angeles gearing up for the wild card round of The Voice. She wants to assure her fans that she will soon make it to her beloved island” as noted in a release issued by her team.

Remember to cast your vote for Anita on Monday December 8, 2014, as she appears in the wildcard round.